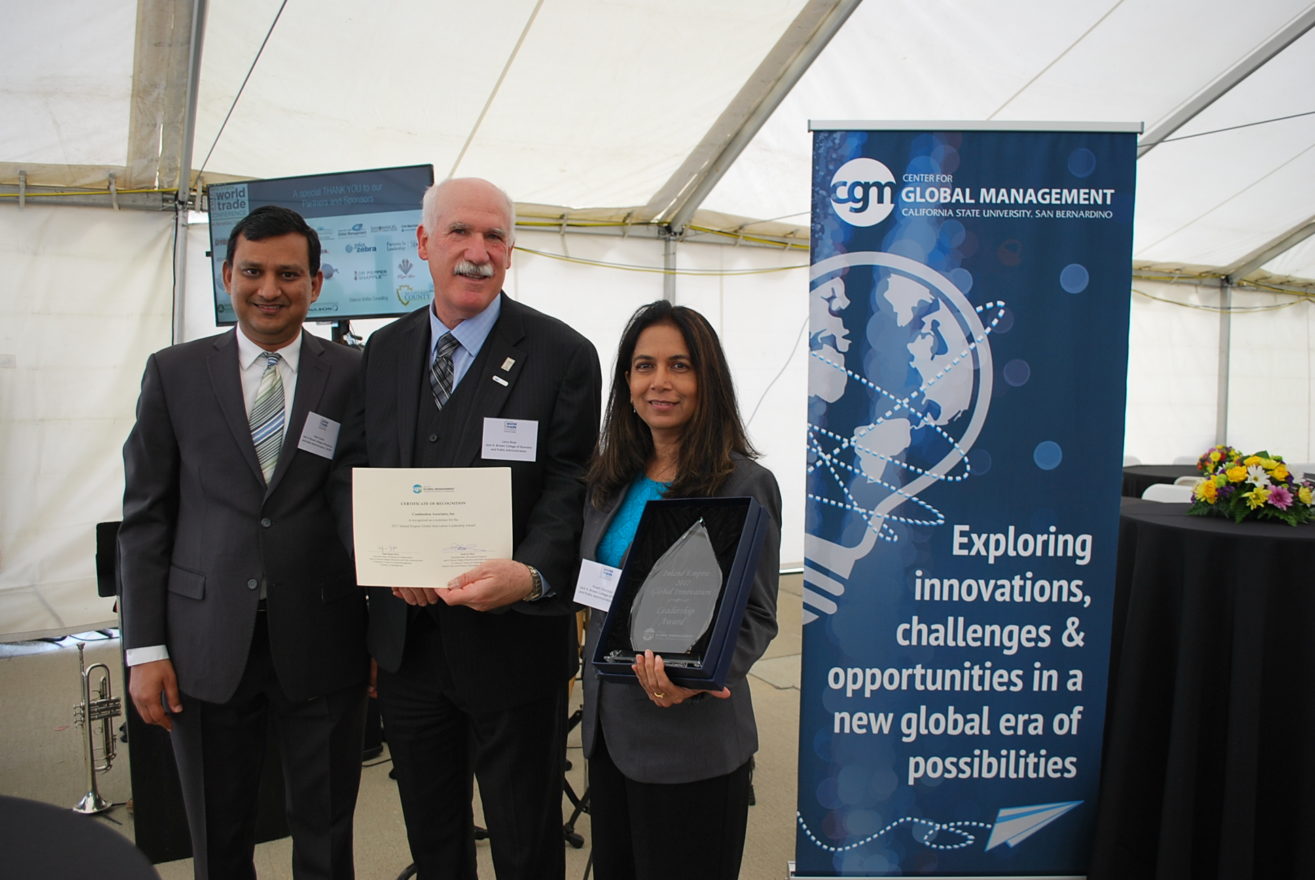 Founded in 1991, CAI has supplied its in-house developed line of power generation systems to private companies and government agencies in the US and the African countries of Nigeria, Ghana, Cameroon and Benin. These systems that come in 1 MW – 10 MW gas turbine based packages are very versatile and can generate 24/7 electricity. Their small foot-print and easy plug-and-play features make them ideal for use in cities as well as in remote locations for on-site generation or to connect with the local grid.

These simple cycle packages can also be modified for cogeneration and waste-to-energy applications and are mostly used by oil and gas refineries, utilities and municipalities, petrochemicals and mining industries.

Preeti Chandan was also a speaker on “Taking Your Innovation Global” panel. She spoke on marketing of CAI’s gas turbine power generators and skid-mounted process systems to Sub-Saharan Africa and other emerging economies, which are CAI’s key markets.

This is the second award that CAI has received in 2017 after the Innovation in Resources or Process Efficiency Award presented by the Manufacturers’ Council of Inland Empire.

The U.S. Department of Commerce twice recognized CAI’s excellence in exports with its prestigious “E” and “E Star” awards, 2011 and 2016. President Obama praised CAI at the US-Africa Leaders Summit in 2014 – See Video.