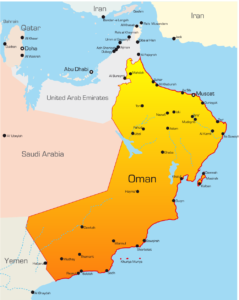 Comprising of government and private enterprise representatives, this delegation came to explore the feasibility of utilizing CAI’s modular power-generation products for off-grid and mini-grid application to support the electricity generation for Oman’s fast developing ports (Salalah and Sohar).

During this meeting CAI was offered to bring its technology to assemble and commission its power generation packages in Oman free trade zones. This will enable easy deployment of CAI’s power generators in the Middle East and East Africa regions.

CAI’s power generation systems are made in U.S.A. which is considered an assurance of high quality by its clients in emerging economies many of which are striving to alleviate their crippling power shortage.

The delegation was especially interested in the 1MW systems that can operate on alternate fuels available in Oman including landfill methane gas. CAI can modify its power generators for this kind of waste-to-energy application.

CAI routinely hosts delegations from Africa, the Middle East and Asia which are its key markets.